Ikebana, literally the “art of living flowers”, is an ancient traditional Japanese art. Harmonising rather than emphasising art, ikebana is not mere flower decoration but rather a philosophy of life, a path that fosters the self expression and creative thinking through flowers and plants. Practising ikebana means learning to watch nature carefully and be inspired by its various manifestations of beauty . 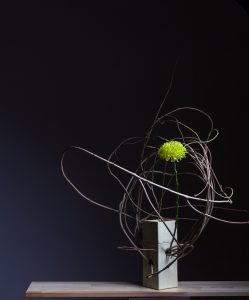 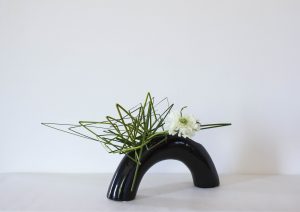 The origin of ikebana is uncertain. Tradition traces it back to 500 A.D. when buddhism was introduced in Japan. Buddhist priests used to prepare offering of flowers on the altar in honor of Buddha. We have to wait until the XV century to find the the first written documents where accurate rules and requirements for arranging  vegetable materials were established. From that moment on, Ikebana has always followed and adapted itself to  Japan social and historical changes. From being practiced only by priests, it was extended to samurai, to aristocracy  and, in the XVII century, to the arising merchant class. Reserved to men,  it started to be practised by women in the XVIII century. With the opening of Japan to the West at the end of the XIX century,  it incorporated non indigenous flowers in the arrangements.  It finally broke with tradition and refused fixed and rigid rules to become a free artistic expression that reflects, like all other art forms, the artist’s personality and style. Nowadays there are over 1,000 ikebana schools in Japan. Three are the most important and well known. The Ikenobo school, the oldest one, that hands down traditional patterns and styles. The Ohara school, in between tradition and modern styles the founder of which, Unshin Ohara, introduced the Moribana style at the beginning of the XX century. Finally the Sogetsu school, founded by Sofu Teshigahara in 1927, the most innovative and avant-guard. 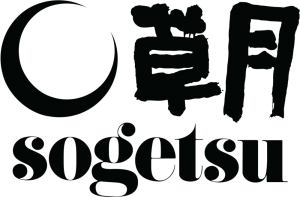 Sofu Teshigahara founded the Sogetsu school in 1927. He wanted to break with tradition and with its established and rigid forms.  “Anyone can enjoy Sogetsu Ikebana anytime, anywhere, using any material”. This was the revolutionary idea that inspired Sofu Teshigahara. Ikebana is not to be exposed only in the Tokonoma, the alcove in traditional Japanese homes, but it can be placed anywhere, at home or outside. Like any other form of art it can be practiced in Japan and abroad. Any kind of material can be used, not only vegetable but unconventional material as well. A thorough change that made ikebana a form of contemporary art that reflects the artist’s personality and his/her style. 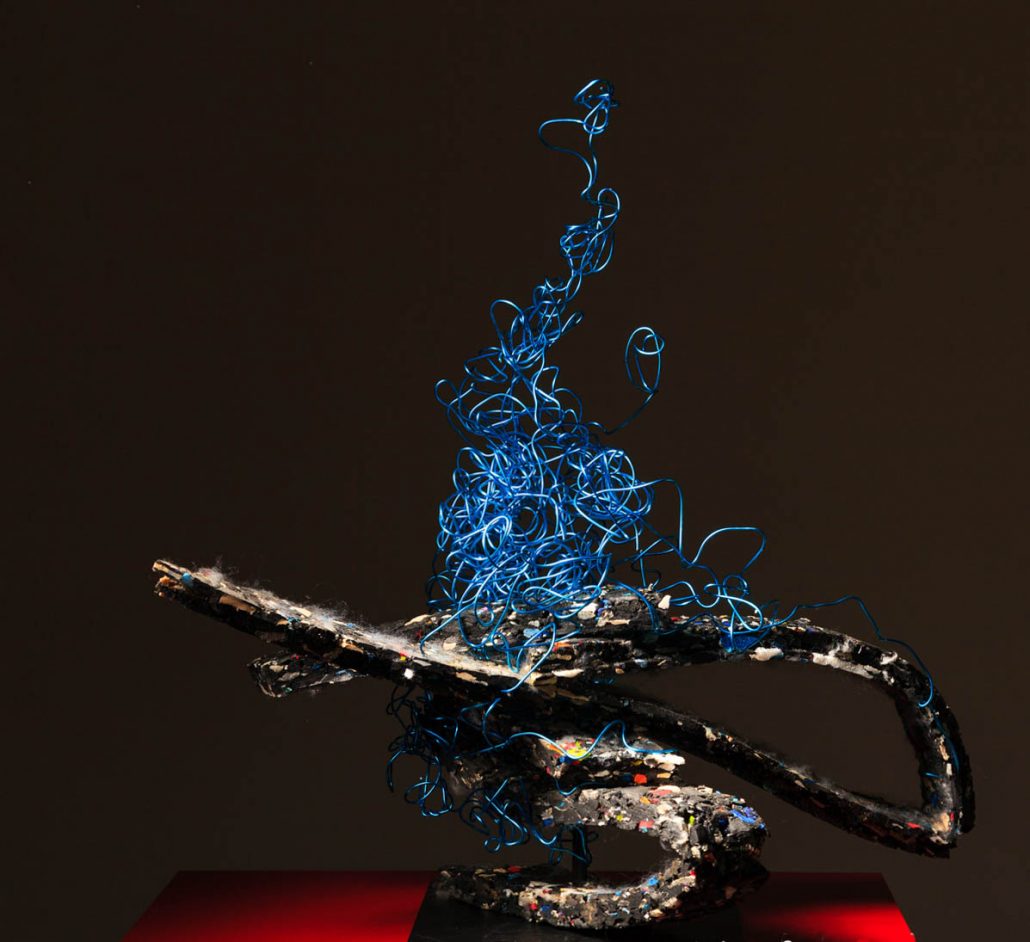 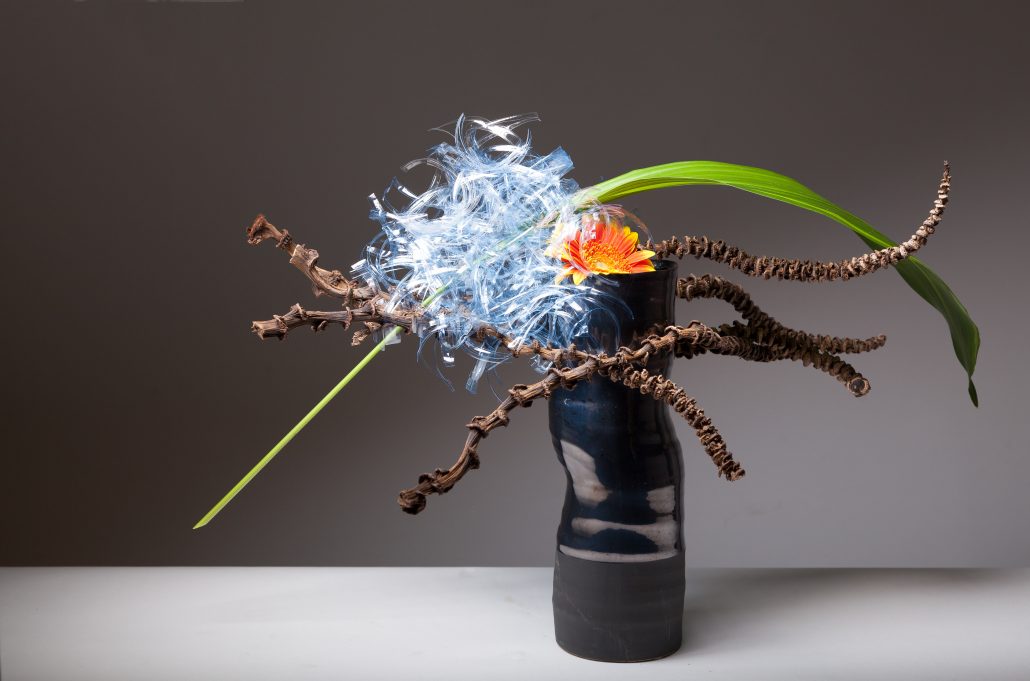